This Tuesday (Tomorrow!) at 2:00 to 5pm Santa Barbara City Council will decide on a both moving forward with Bike Share as well as needed bike/ped/parking improvements in the Funk Zone. Santa Barbara needs bike share for downtown employees, residents who don't already bike, SBCC students & faculty, and so many more. Let's tell City Council this Tuesday to make sure our program is set up for success. E-bikes are critical for our program's use-fullness for residents of the Mesa, those accessing the City College, and other semi-hilly locations. The Bicycle Coalition produced this report, which highlighted the strong desire for electric bicycles to be part of the program, going back two years ago. Additionally, programs like that of the City of Santa Cruz have demonstrated a 3X increase in use for ebikes. Why start a program that wouldn't be widely used!? That would be like using this 1990's danish coin based bike instead of an app. Here is the council report:

Similarly, the Funk Zone study and plan will be considered which would allow for increased parking spaces along with a small amount of paid parking on the most congested streets. This is the equivalent of adding a parking structure to the Funk Zone- something that would otherwise be unfeasible. It will also generate much needed funding to leverage grants for pedestrian and bicycling improvements in the funk zone, - just like the Santa Barbara and Yanonali street intersection improvements that address demonstrated safety concerns! Ask City Council to realize the extensive work of the Funk Zone community and our City Staff. Say yes to the Funk Zone plan! Here is the council report:

But we need your help! City Council needs to know that we want a strong, innovative, and responsive bike share system- and that we shouldn't arbitrarily exclude ebikes. We also want council to know that the Funk Zone parking study and plan is important to improving bicycling and walking conditions in the Funk Zone. If you can attend in person, please RSVP here.

This Tuesday (Tomorrow!) at 3:30 to 4pm Santa Barbara City Council will decide on a final configuration for Cabrillo Boulevard east of the Zoo (Los Niños).

Ten years ago, when I started with the Santa Barbara Bicycle Coalition (SBBIKE), my vision was to teach bicycle education in schools countywide. I never thought I’d be able to do it. I didn’t think I could get support from the community. I’m grateful to Audacious for giving me the opportunity to realize my dream.

At SBBIKE, we know how to teach bicycling. We know that changing the habits of this generation of kids (who don’t know how to ride) means offering bicycle education from second through sixth grade at least. We know that, if we help kids discover the independence of bicycling, we’ll change the culture of the community. It’s a long-term challenge, because parents think biking is dangerous. Riding to school has declined since the ’70s.

A conversation with Michelle Cox, Principal at St. Mary of the Assumption School in Santa Maria, California. Originally published in the Audacious Foundation Newsletter Winter 2019.

Somewhere along the Coastal Route on Modoc Road, right about where the road's embankment steeply falls off the side into Arroyo Burro Creek, there's a little section of road that could have been so easily forgotten...

For Mr. "Bicycling and Breathing," the cycling revolution's about building strong leaders and networking—with a dash of computer savvy and a sprinkle of humor. 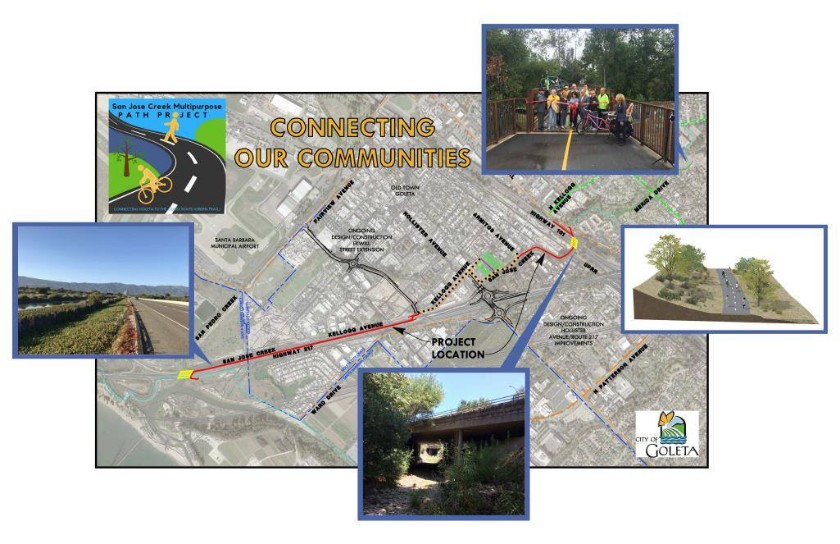 During his brief time with Bici SB, Ted Hamilton enjoyed being a part of team effecting change. And he has advice for the next program manager. He'll be missed. SBBIKE wishes him luck!

The state has just awarded another ~$13,000,000 in funding to our county for active transportation projects. 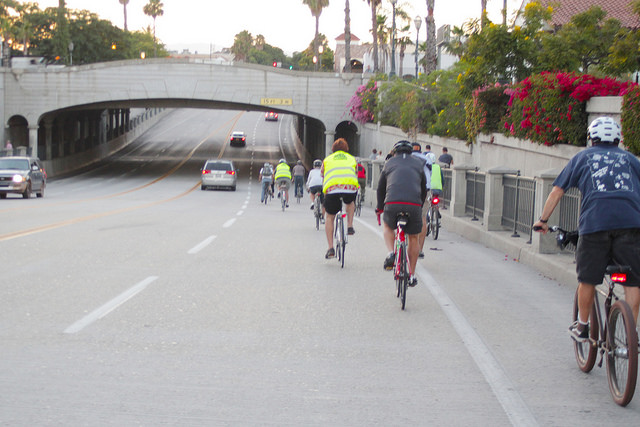 The perfect combo = 60 Bikes4Christmas this year—and lessons. SBBIKE's education programs are providing knowledge, skills, and memories that will last a lifetime.